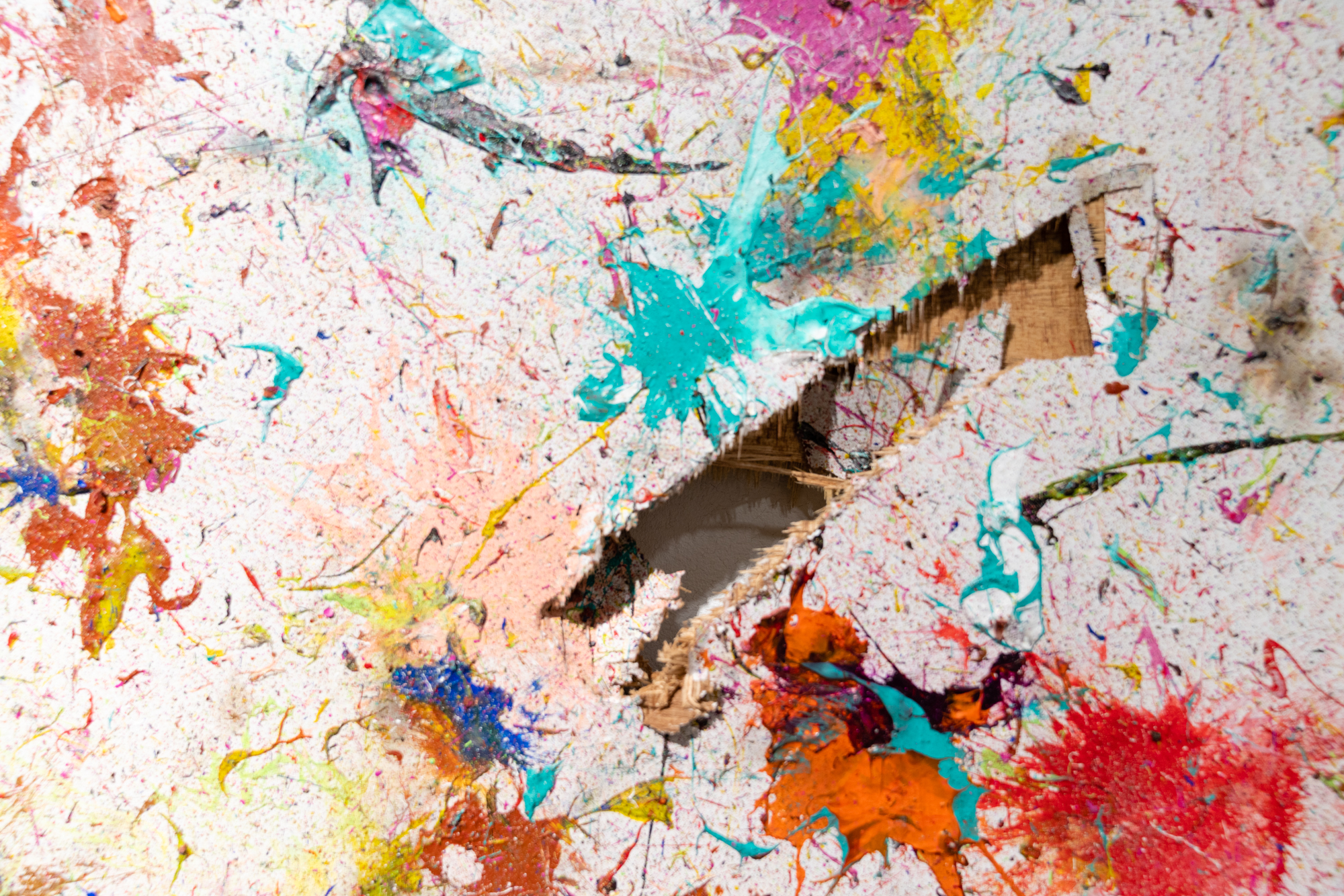 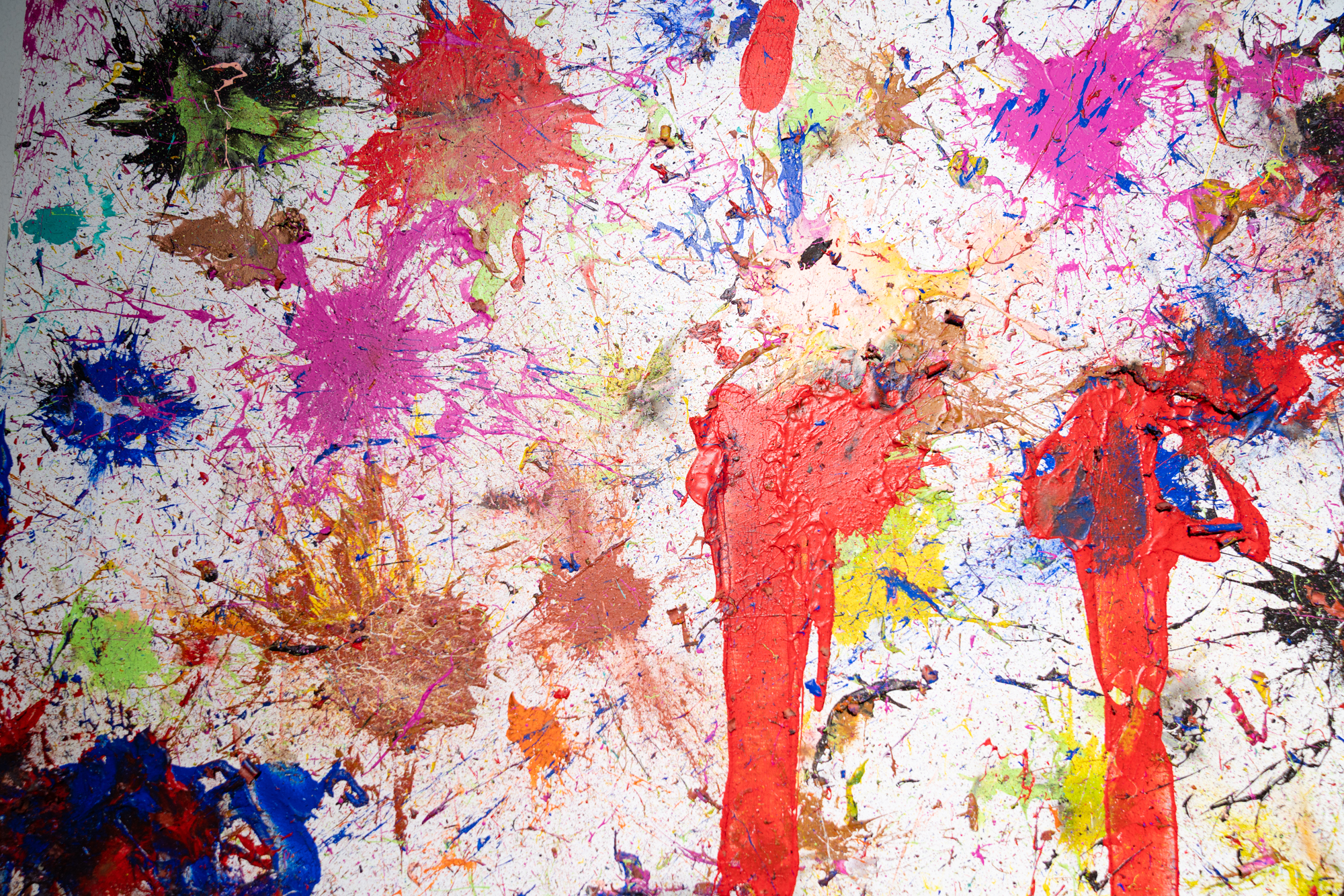 What would it be like when people cross their expressions with the others’?

We worked on an artistic collaboration with Kaito Nakata, a professional skateboarder. Matsumine spread out ‘Firecracker Painting’, which is his trademark painting method by taking advantage of the explosion of firecrackers, all over a canvas. He made a painting of supernova explosion through blasting firecrackers. The system of reincarnation that explosion creates a new planet resembles apoptosis. We feel the magnificent universe and the macrocosmic human cell in common, which have a fateful cycle that everything must come to an end in order to be renewed. The paint left its mark of explosion power which blasted unintentionally and even the tiniest paint can be found far from the center. All those tiny blasted dots on the canvas are too minute to be captured by a pixel digital camera. We considered what color we were going to explode with Kaito Nakata. After we finished ‘Firecracker Painting’, Kaito Nakata left wheel marks on canvas by jumping, kicking, and grinding with his skateboard. An artist and a skateboarder, the expression and power of two different genres were mixed on one canvas.