Born in Iwate prefecture of Japan, Takayuki Matsumine spent his childhood years surrounded by the abundant beauty of nature in Japanese suburbia, in an environment filled with vivid seasonal changes.

He was raised with rich inspiration to draw from nature and was also greatly influenced by his grandparents who were local traditional folk artists.
At the age of 16, a near fatal ski accident resulted in the injury destructing his cervical spinal cord. Life, thereon after changed dramatically.
He began to exist in a duality. Living between the desire to live and the gratitude, joy, and appreciation towards life, and on the other hand what felt was daily hardship and suffering. Yet these counter-opposite positions together within him ignited his artistic creations, fueling his motivation. 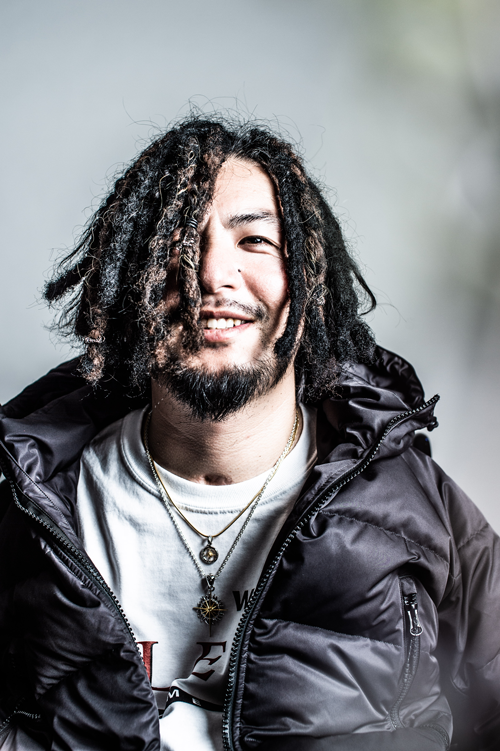 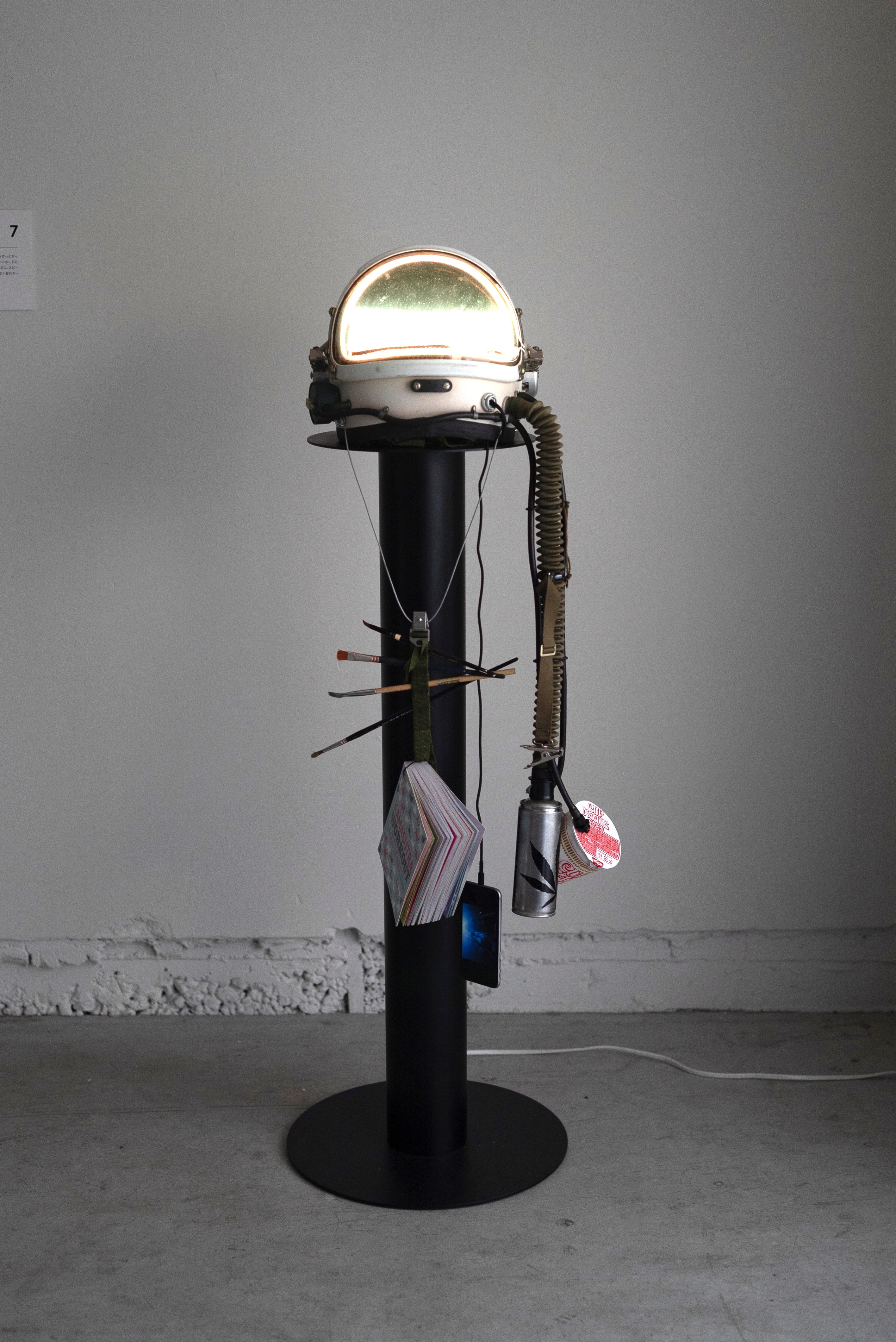 “After the near fatal accident, ordinary simply disappeared from my daily life. The mundane routines we take for granted were now brought to my consciousness.”

Through his daily unpredictable physical condition, and his new routines that encompassed no normalcy, as he had known, a new perception of what it means to live had surfaced.

“People experience life with their entire physical self. Because I was only left with the nerves and functions of my neck and above, I feel my senses are heightened.”

While his physical mobility was compromised from his neck down, it amplified the workings of his mind. His intellectual curiosity became limitless, from the small unnoticed things in life, such as your very own senses to cutting edge science and technology. His cycle of artistic and human evolution has been the findings of these new points of views, perceptions, absorbing them into his self, and repurposing them for his creative expression.

If the accident is what opened my mind and eyes to all that I now see, I may have to consider it a ‘perfect moment’.

Life and death is an eternal theme. Yet, it is within these two points that we exist, pulled by gravity, in the non-existing and ever-passing concept we call time. And the struggles one faces in the “now” is where Taka draws his inspirations and aspires to portray.

The Statement 1: The Perfect Accident 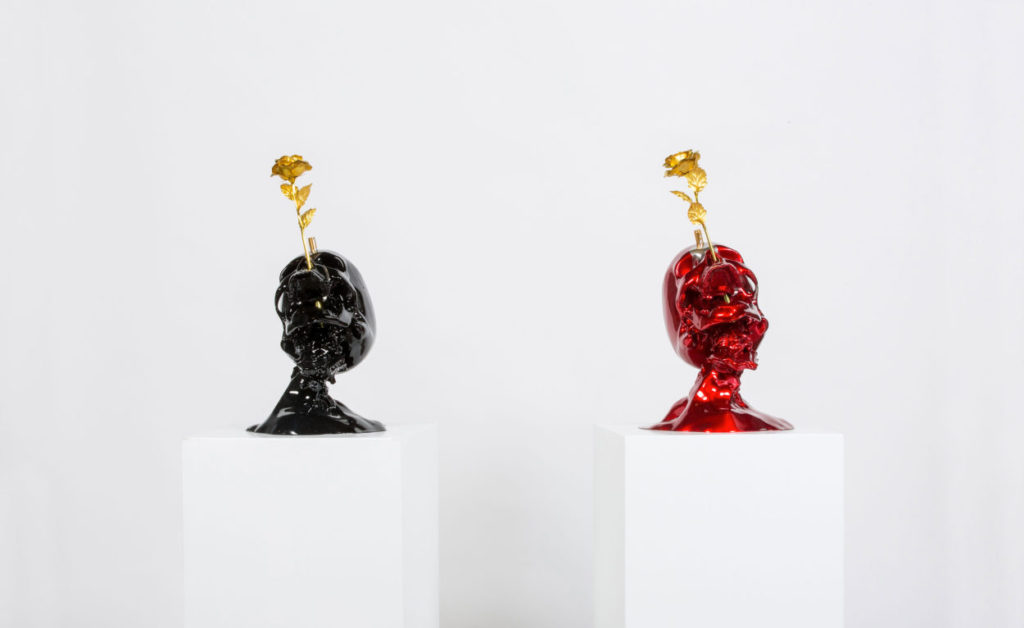 In 2002 at the age of 16, a free-style skiing accident resulted in permanently damaging his vertebra and spinal cord at cervical 4 and 5. He channels this experience and everything that changed within it, through his pieces. The theme is not quite about Life and Death, but more of the struggles of living, the experience between those two pivotal points. The fear of death, or the wonders of where one goes after our last breath has been an infinite theme, but Taka is intrigued by the struggle during existence, of the here and present, of the NOW. “Did you know, that the brain sensory of where you perceive beauty and pain are located right next to each other? Through my art, I want portray a moment, a place where my daily experience of pain and struggles and the perception of life as ‘beautiful’ intermix, blend and co-exist.”

The Statement 2: Channeling and Funneling 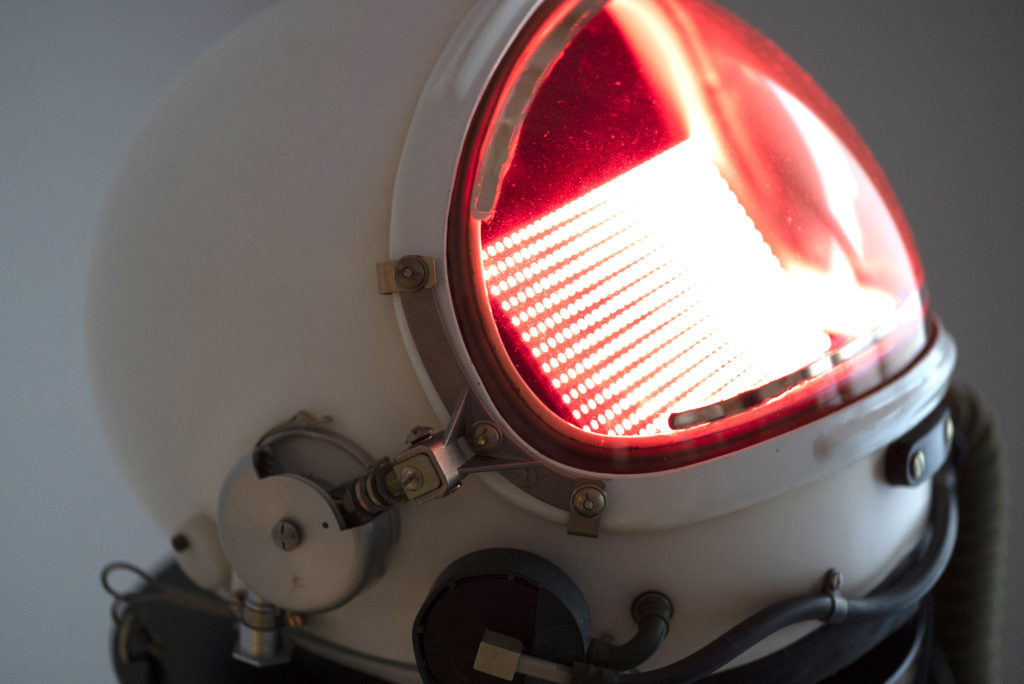 Taka’s interest lies heavily in perception and the exploration of broad and fundamental concepts. How our perceptions alter our brain neurons, and how our perceptions are altered by influences and factors that stimulate our senses. His urge of challenging the concepts of perception is inspired endlessly by the universe. From macro to micro, from the bigger picture to a detail, exploring ideas of outer space, science and quantum physics, and funneling these broad concepts into art. He wishes to shed new light on the many perceptions by showcasing a different point of view. For example, when questioning his own love for sculpture, he identified that it is derived from his interest in the beauty of the human form. That may sound common, but what poured from his funnel was the idea that the human form is merely a chunk of protein and yet it has the ability to provoke an emotion, and to makes people “feel”. Whilst not limiting himself to one medium, he is on a continual search through artistic creation, of explanations and discoveries on the system of perception, creating pieces that challenge these ideas, the different point of view, and the experience of life. 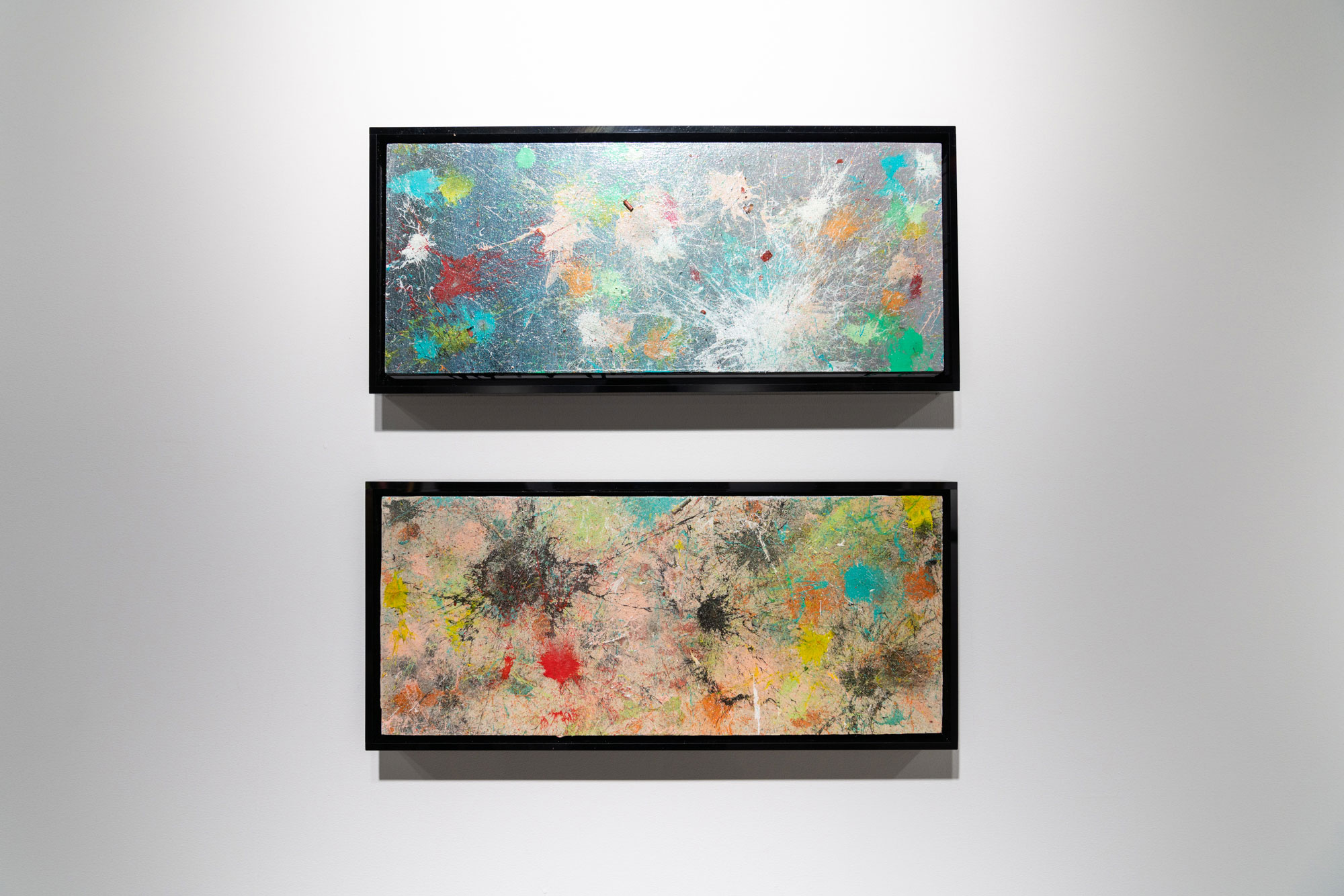 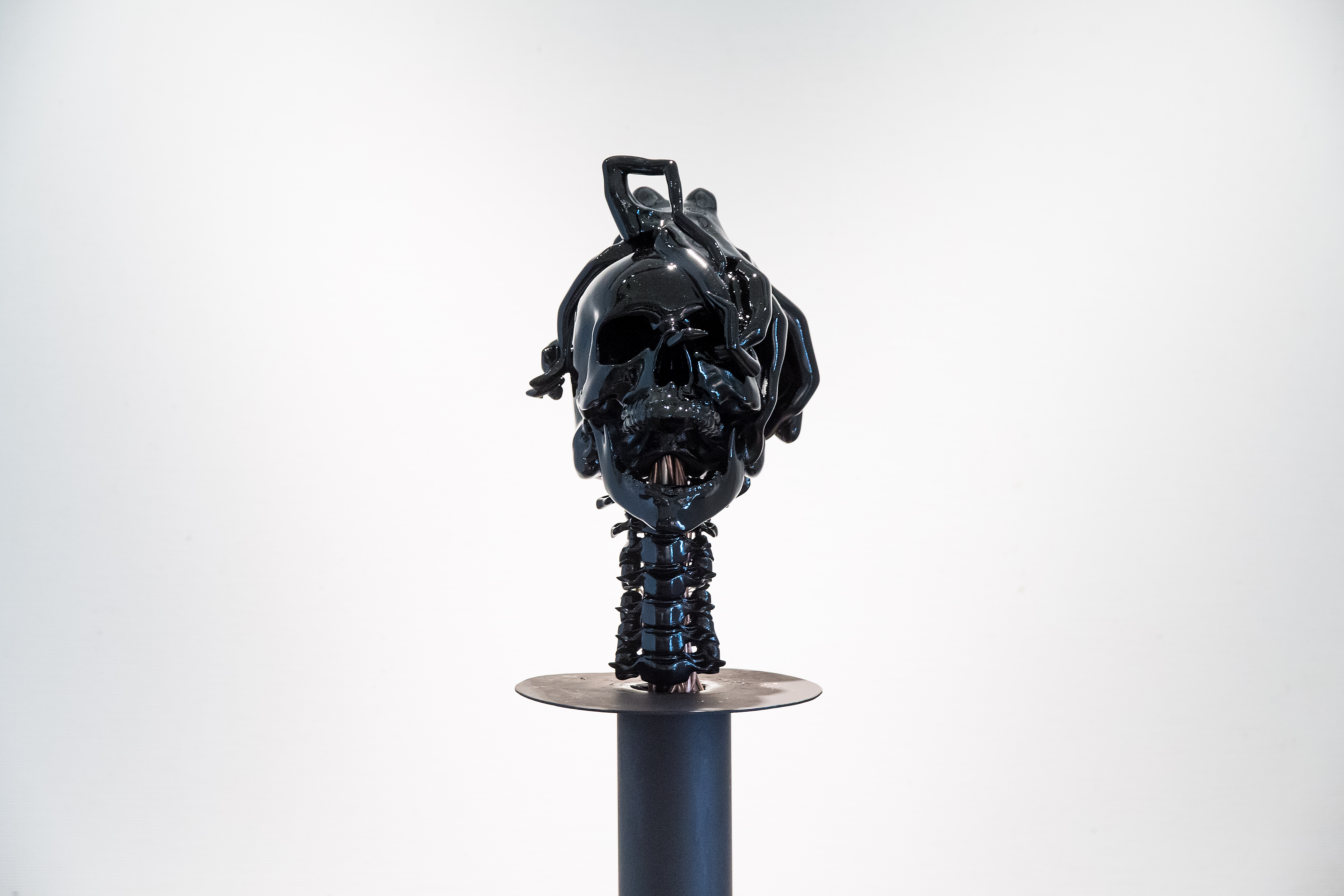 View from The Broken Neck
@SO1 Gallery, Omotesando, Tokyo, JAPAN – 2018